This letter from Papa to Django was written on Monday, May 3, 2010 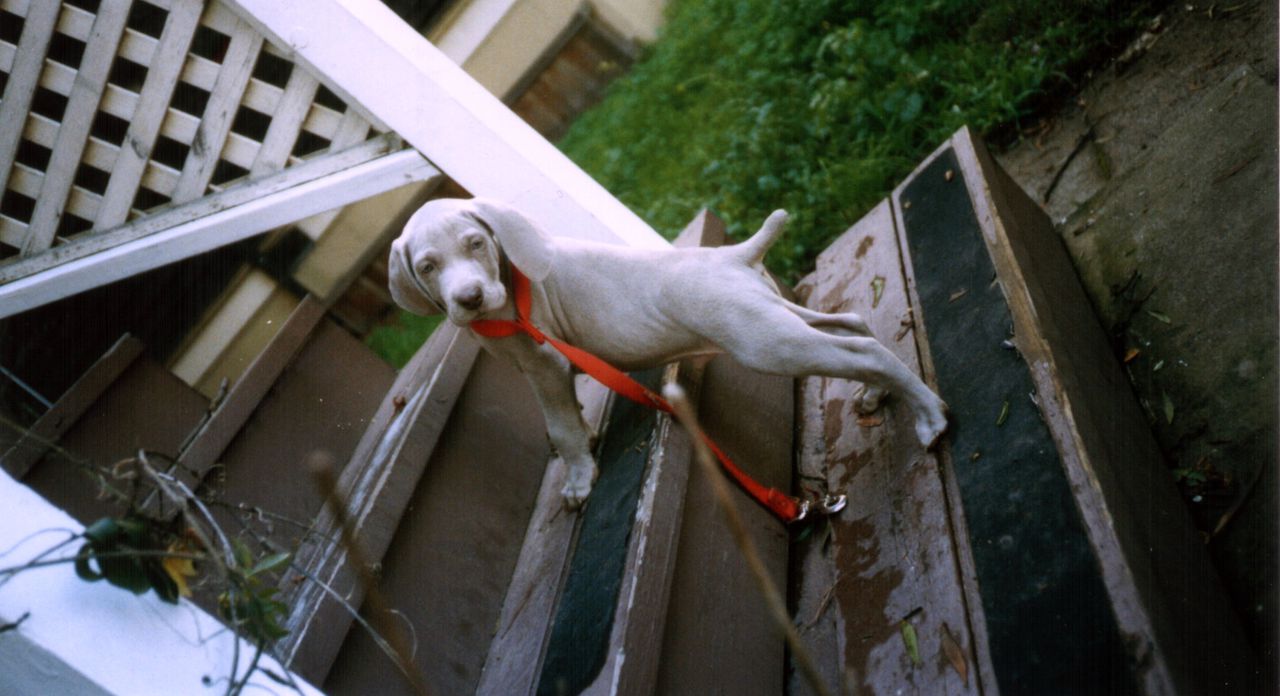 Here's a letter I wrote about you when you left us last year...

"Sometimes I Want to Howl

I remember the night we brought Django home to live with us. It was in late February of 1998 . He was seven or eight weeks old, confused and scared. We had the advantage of not being confused but I was scared about the responsibility we had decided to take on. It was going to be up to us to care for this little life and to teach him the things dogs need to know.

We had him in the backseat of our little Volkswagon Fox, in a borrowed cat carrier stuffed with soft towels and a dog toy the breeder had given us to help reassure our little pup. The toy had been in the pen with the rest of Django's family and so it was covered with scents familiar to him. Gina was driving us home through the dark and I had a small flashlight so I could check in on the puppy. My first vivid memory of Django is of flashing that light into the carrier and seeing two frightened baby blue eyes peering back at me. I was hooked.

Over the course of the next 11 years I would often look into those eyes which had turned a hazel green by the time he was one. I took something from the trust that I saw in those eyes. Django knew he was a part of our pack and that he was safe with us. There was no place else he wanted to be but with us. That was a comfort most of the time but heartbreaking too when we had to leave him behind so we could travel.

As he grew older and less able to move around it seemed his despair at being left behind grew more and more intense. Now, we're the ones left behind and as I try to come to terms with the reality that I will never look into those eyes again I sometimes feel like howling at the top of my lungs until he comes home. That's what Django would have done for us."

I still miss you buddy.